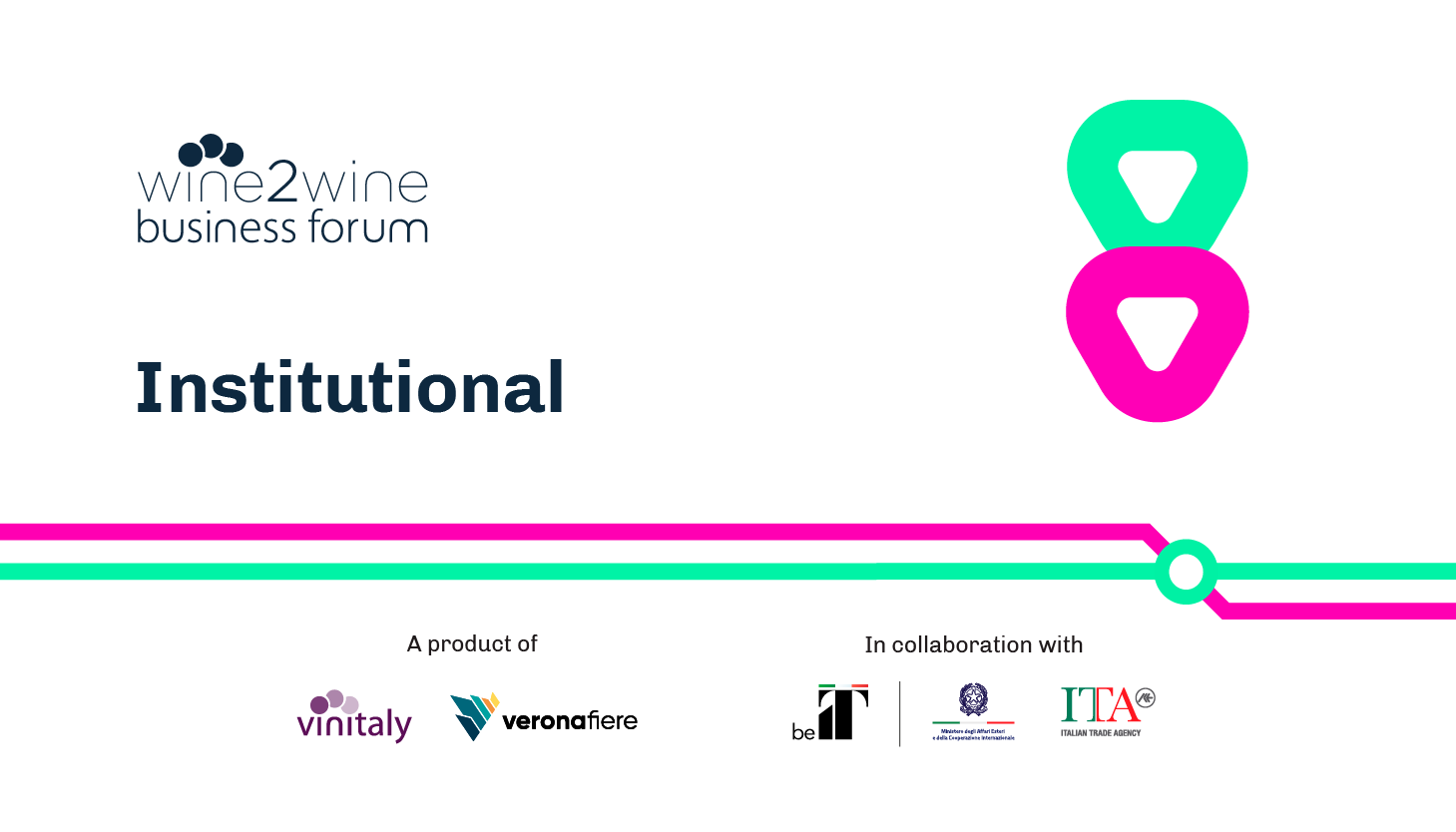 wine2wine is an international wine business Forum, held annually in Verona Italy since 2014. The event is a key reference point for wine producer and a diverse variety of wine professionals eager to develop and grow their wine business worldwide.

wine2wine Business Forum has been nominated for the 2019 Born Digital Wine Awards, a competition that rewards quality content related to the wine world: online publications, audiovisual and photographic content, original formats and innovative media such as podcasts.

wine2wine Business Forum provides a unique opportunity to reflect, discuss and Share Business Ideas on the most important issues facing the rapidly evolving international wine industry. It is a chance for the community to connect and combine its common passion and diverse expertise towards shaping a prosperous and sustainable wine industry.

Maurizio Danese is the Managing Director of Veronafiere Spa. In 1987 he founded his first company, Center Catering Spa, following which, he gained experience in the food&wine sector by working with several important companies in Veneto and Emilia. Today he is vice-president of Pregis Spa, a leading food service company specializing in the supply of food products to the HORECA channel.  Since 2004 he has been deputy vice-president of Confcommercio Verona; a member of the territorial committee of Banco Popolare since 2012; from 2010 to 2015 he was president of Confidi Veneto – Cooperativa di Garanzia Collettiva Fidi; from 2003 to 2019 he was a member of the board and of the council of the Verona Chamber of Commerce, where he acted as vice-president from 2014-2015.  From 2009 to 2014 he chaired Verona Innovazione, a special branch of the Verona CCIAA. From October 2015 to July 2022 he was President of Veronafiere and among the main architects of its transformation from an entity to a joint stock company. He has been at the helm of GH since 2020, an association that supports wholesalers in the HORECA channel. He was appointed president of AEFI in 2020, the Italian Exhibitors and Trade Fairs Association, after serving as vice president for the previous two years. He is now the Managing Director of Veronafiere.

Federico Bricolo was born in Verona, in 1966. Behind him he has a long career in public institutions, which has led him to hold leading positions both in the government – Undersecretary for Infrastructure and Transport – and in Parliament. For the Chamber of Deputies, he was Secretary of the bicameral Commission of Anti-Mafia Investigation, a member of the Justice Commission, the Defense Commission, and the Environment and Public Works Commissions. For the Senate, he served as Group Chairman, was a member of the Foreign Affairs-Emigration Commission, and part of the RAI Supervisory Commission. He has also held positions in international bodies: he was a member of the delegation to the Parliamentary Assembly of the OSCE, part of the Organization for Security and Cooperation in Europe, and was vice-chairman of the delegations to the Parliamentary Assembly of the Council of Europe and the Western European Union. As a parliamentarian, he also participated in several foreign missions meeting with government representatives and diplomats, from the U.S. to Afghanistan. He served for five years as Chairman of the Board of Editoriale Nord. He has been a board member of Verona Catullo Airport since July 2020. He was elected President of Veronafiere in May 2022.