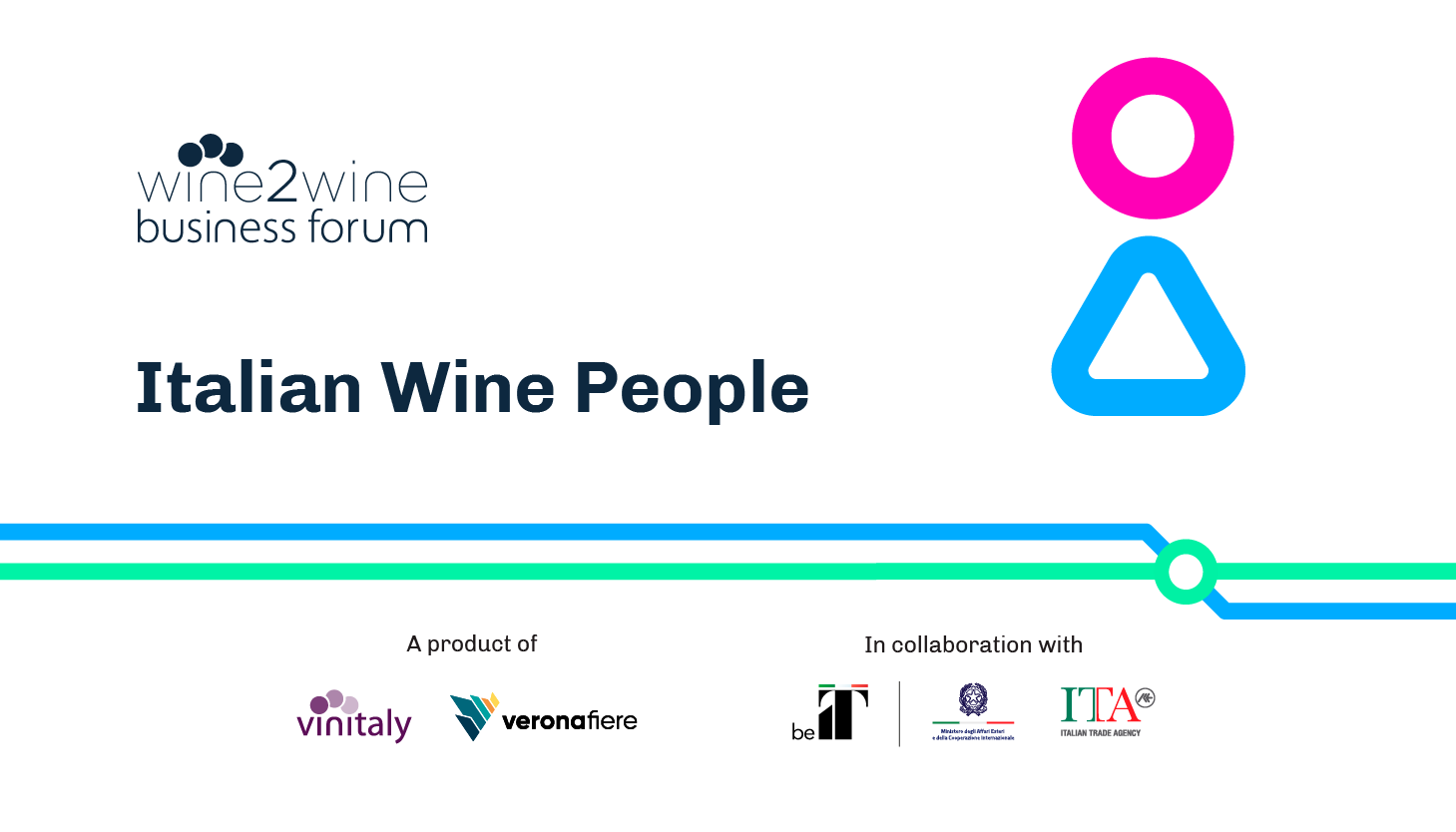 Among the various tools for promoting Italian wine culture, wine guides historically had two main tasks: to reward the producers of the featured wines, and to help readers navigate the Italian wines on offer. Is this still the case? The panel of experts gathered for this session will present their views, discussing the current role of wine guides for the different parties involved. For producers, the concrete opportunities represented by participating in selections for a guidebook will be explored. Panelists will also discuss who the readers of these publications are today, and which specific questions they want answered. The wine guide itself as an editorial product will also be observed, considering its various formats in paper, digital or App.

Gabriele Gorelli was born in Montalcino in 1984. His grandfather used to be the smallest Brunello di Montalcino producer, accounting for a mere 0,46ha’s. That’s where he developed a real passion for wine. After completing his studies in Languages in 2004 he co-founded a wine-oriented advertising agency, Brookshaw&Gorelli. Over the years, he has had the opportunity to consult for many Italian wineries and Consortiums. In 2015, Gabriele started his studies at the ‘Institute of Masters of Wine’. In 2021 he became the first Italian Maste of Wine. During the same year, he co-founded KH Wines S.r.l., a company that helps European wineries in export markets. Nowadays, KH Wines holds a significant number of custom-made products designed from scratch, from the sensory profile end of the spectrum, to packaging, to storytelling.  Since 2019, he has been the ambassador for Italy at the ‘International Wine Challenge’ in London.

Chief Editor of DoctorWine and professional journalist for 30 years, Stefania has a wealth of experience in the sector. She took her first steps in the world of wine many years ago, when she experienced a ‘Road to Damascus’ moment while attending an AIS course which included Daniele Cernilli amongst the lecturers. Her professional career has always been split between a purely journalistic vocation (beginning almost immediately and at a very young age with the editorship of the monthly Bread & Wine and, more recently, that of Euposìa) and her Public Relations commitments. Nor is her experience limited to the world of wine (she was PR manager for the Giro d’Italia and other cycling events branded Gazzetta dello Sport), though it goes without saying that she is passionate about wine and gastronomy. As to her tasting skills… well, she has had good teachers.

Born in 1981, Luca Gardini took his first steps in the sommellerie world at a very young age, revealing such talent and determination as to allow him to join the brigade of the prestigious Enoteca Pinchiorri (3 Stars Michelin restaurant) and then begin a nearly eight-year collaboration with chef Carlo Cracco at Cracco (2 Stars Michelin restaurant). In 2011, he decided to devote himself exclusively to wine communication, establishing himself, in just a few years, as one of the most influential palates internationally, as well as the first Italian critic to join Wine Searcher’s wine-critic roster. Flanked by a pull of experts, in 2012 he published the “Encyclopedia of Wine”, a thorough volume covering viticulture, enology, enography and tasting; he also regularly presents the “Top 100”, a selection of some of the best labels from around the world. Since 2012, he has been editing the weekly column “Gazza Golosa” for the Gazzetta dello Sport newspaper. Together with Luciano Ferraro, he oversees the guide “I Migliori 100 Vini e Vignaioli d’Italia”, published by Corriere della Sera. In 2015, he created “Il Codice Gardini”, a manual designed for wine lovers, written in an immediate and accessible language. In the same year he launched with great success the website gardininotes.com, now Wine Killer, an entirely English portal dedicated to Luca’s wine tastings from around the world. Since 2018, he has undertaken a collaboration with Forbes Italia magazine as head of the wine section. Among the titles achieved during his career are: Best Sommelier of Italy 2004, “Oscar del Vino” as Best Sommelier at a Restaurant 2005, Villa Sandi Award, Best Sommelier of Europe 2009, Best Sommelier of the World 2010. In 2011, he was appointed testimonial of Barolo DOCG for the 2007 vintage by Enoteca Regionale del Barolo and, for the occasion, a commemorative label, created by Russian artist Mihail Chemiakin, which is kept at the Barolo Museum, was dedicated to him. He was appointed Knight of the Order “Al Merito della Repubblica Italiana” on December 27, 2018. Recently, he was awarded BWW – Best Italy Wine Critic of the World 2022 – by tastingbook.com, the largest community of wine professionals and enthusiasts, with tens of millions of visits per year.

Enzo Vizzari was born in Varallo Sesia, Vercelli, on June 18, 1946. He received a law degree and became a professional journalist. He began collaborating with local newspapers, including “Brescia Oggi” and “Il Giornale di Brescia,” where he edited a gastronomic column called “Peccati di gola.” He became a food critic shortly after starting a career that was more about travel than food & hospitality. In fact, his career path went from Pirelli, as Head of the Press Office, to Confindustria, first as Head of External Relations in Brescia, then as General Manager of the Biella office. He travelled extensively, both in Italy and abroad, and rediscovered his passion for visiting restaurants and trying new dishes. In 1983 he began working with “Le Guide de L’Espresso”, collaborating with Grand Gourmet, and writing a regular column in Corriere della Sera. He has been director of the Guide section of the L’Espresso Publishing Group since 2001, later becoming Editor in Chief and Curator of the “Guida dei Ristoranti d’Italia”, the “Guida Vini d’Italia”, and the “Guida Alberghi e Ristoranti d’Italia”. Enzo is one of the permanent members of the Grand Jury Européen du Vin. He has also won several awards, including the “Oscar del Vino” award as best journalist from the Italian Sommelier Association in 2005, the “Luigi Veronelli” lifetime achievement award as best food & wine journalist in 2007, and the “La Plume d’Or de la Gastronomie” award for the best non-French food and wine critic in 2017.

Born in Rome, she took a degree in literature, and started very young to work for the wineries in Tuscany and in the Marche owned by her family. From there she developed her strong passion and deep knowledge, took the official Diploma of Sommelier in 2001 and the title of Dame Chevalier de Champagne in 2007. In 2015 she left the family winecellars that changed ownership and founded her blog Vino.tv which gave life to the first web.Tv dedicated to the wine world and became one of the wine communication reference points. At the same time she is a professional taster in important panels and writer for magazines in the wine sector, including Doctorwine, teacher in tasting courses and presenter of food and wine events. Since 2018 she has also brought wine on TV by collaborations with some Tv broadcasters: Gold TV, La7, AlmaTv, LazioTv and conducts a radio broadcast on wine for Radio Food, the first web radio entirely dedicated to food and wine. She also follows the evaluation and auctioning of collectible and investment wines and in 2019 she wrote a book on luxury wines “La Cantina Perfetta” published by Rizzoli in Italian and English.